Two years ago, we paid more attention to COB and GOB technology, although they are completely different. Nowadays, the hot objects of discussion have become Mini LED and Mirco LED. These technologies are mainly to make the display pitch denser, for example, P0.9 or less.

GOB has been applied a few years ago. Now it has become a very mature technology. We solved the problems of flatness and bubbles inside the board. The application of GOB has become more extensive, whether it is a small pitch or a transparent screen, if you want to add a protective layer to a conventional display screen, you can consider GOB. To learn more, please read below.

GOB is Glue on board to get high protection led display, which is a new technology, an analogy as module encapsulation. It is working on the whole display module, e.g. 250*250mm, by using a patented transparent glue covering the surface of the module’s PCB board already with thousands of SMD lamps soldered on it, finally the module getting the special shield on its surface.

It comes out high protection led display capable of anti-collision (anti-bump), dust-proof, waterproof, anti-moisture, anti-UV, along with no harmful impact for heat dissipation and brightness loss. The long time strict test clarified that the shield-glue even contributes the heat dissipation, extending the life span.

The revolution change to push the whole led display industry is that this GOB display is aimed for the fine pitch led display and rental screens, which have natural demands for led diodes protection. 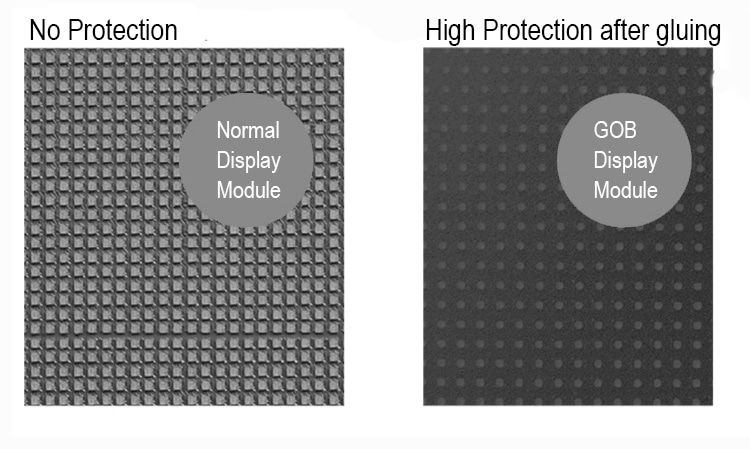 Which type of LED display can use GOB technology？

Small pitch is now the mainstream of indoor displays. By 2020, small-pitch displays can now achieve P0.9, while P1.2 and P1.5 have been the most sold products.

But the biggest problem with the use of small-pitch displays is that it is very easy to damage the tiny LED. Because the SMD lamp is too small and the soldering pad is very small, a little force will crash the lamp, especially the LEDs located on the edge of the cabinet and the four corners that are the hardest-hit areas during the moving and installation. Once the lamp is broken, maintenance is very difficult and the cost is high.

GOB technology perfectly solves this problem. SMD LEDs in any position will no longer be knocked off. At the same time, our mature GOB technology can guarantee perfect flatness and seamlessness. 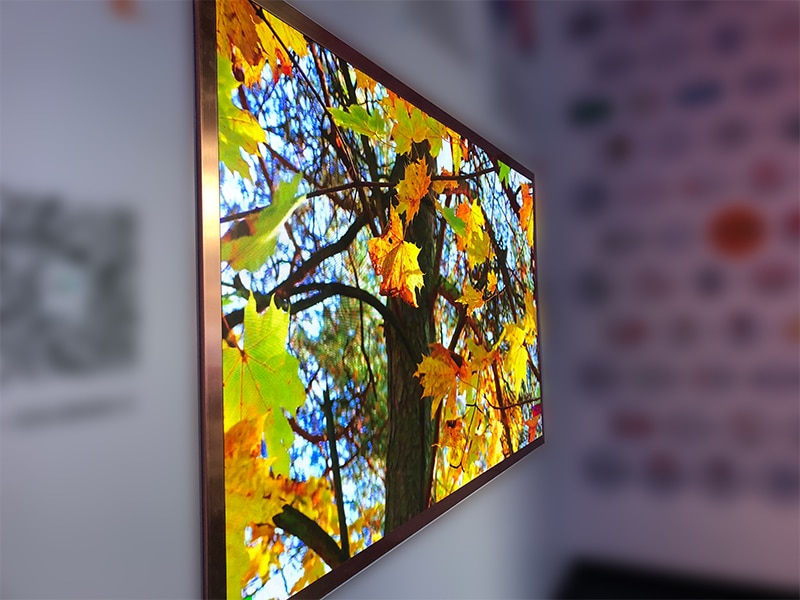 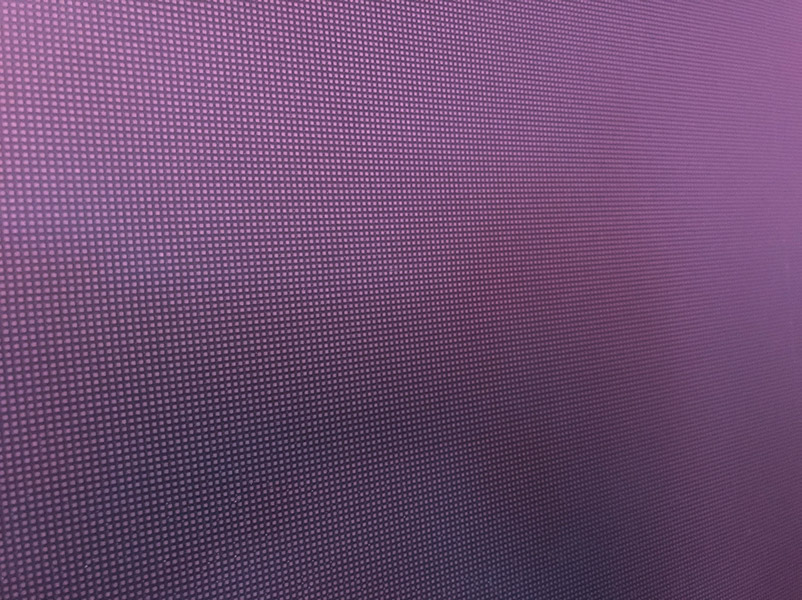 As we all know, the rental display installed on the stage requires frequent installation, disassembly, packaging, and transportation, and this process is repeated continuously. As a result, the LED light is easily damaged by accident. Even if the best quality and most expensive LED lamps are used, this situation is inevitable, so for some LED display rental service providers, they have to arrange a budget to invest in the maintenance of the display module.

When using GOB technology, the rental display screen no longer makes you worry about the dead pixels, and at the same time saves money. 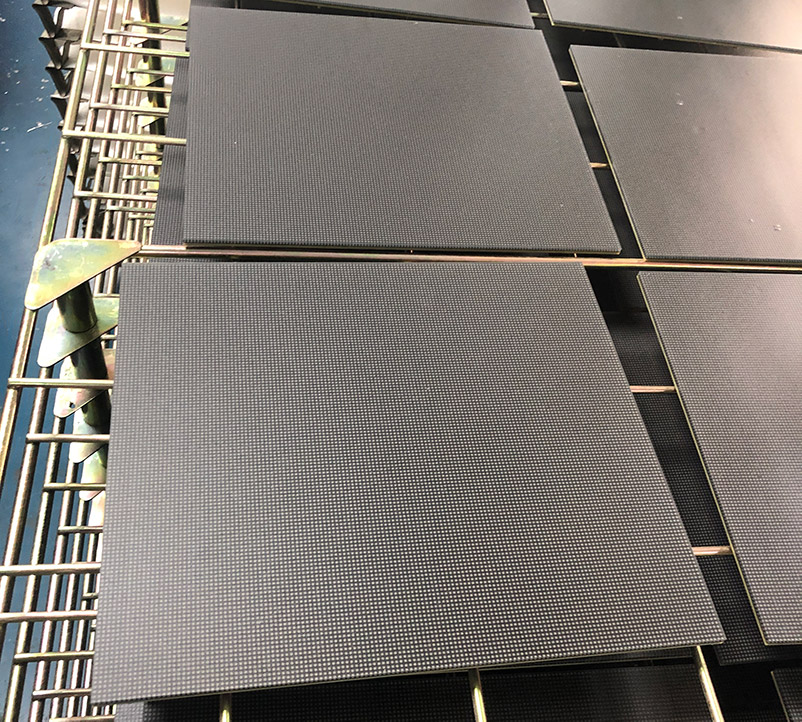 In the conventional floor tile display, a layer of the acrylic cover is usually added to the module to protect the lamp surface from being stepped on. GOB technology can replace the acrylic cover, and it has a better light transmission and better visual effect.

GOB technology allows ordinary LED display screens to be placed on the ground and used as a floor video wall by adding simple structures. At the same time, it has the functions of waterproof and dustproof, and the lamp surface does not need traditional glue protection. 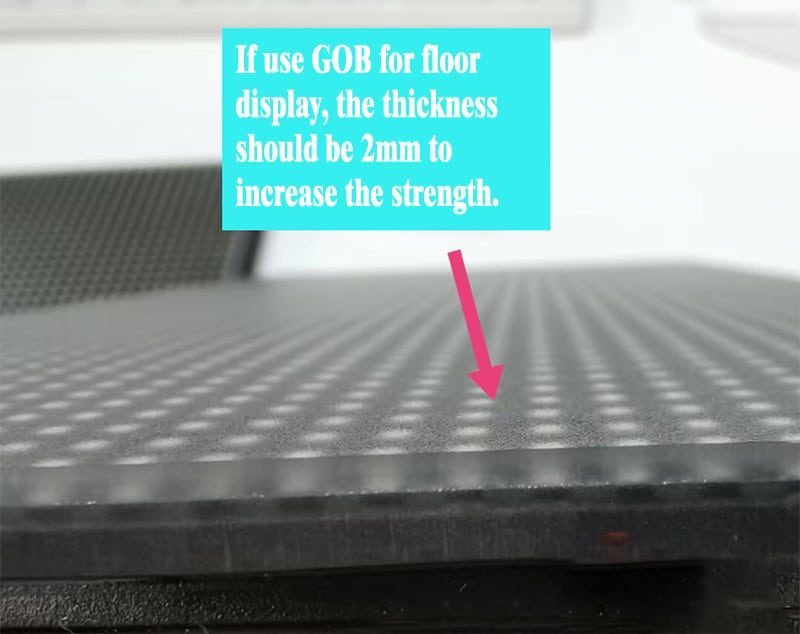 Transparent LED displays are becoming more and more popular in commercial applications, such as retail stores and shopping malls, and club scenes. In order to obtain high transparency while ensuring a high resolution, the PCB of the transparent display screen is very narrow, which makes the lamp and PCB very fragile and easy to damage. GOB provides protection for the entire hollow module. 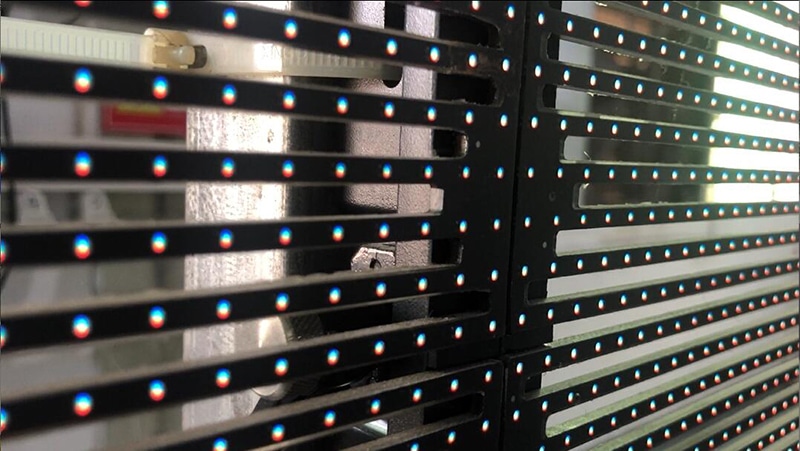 Flexible LED modules are now widely used to make LED video cylinders of various diameters, usually fixed installations. Although the screen does not need to be moved after installation, because the soft module itself is very soft and can be bent 360 degrees, if GOB is used on the soft modules, the reliability of the screen can also be greatly increased. In addition, the flexible GOB screen is waterproof, moisture-proof, and scratch-proof. This provides customers one more choice to build a robust curved screen. 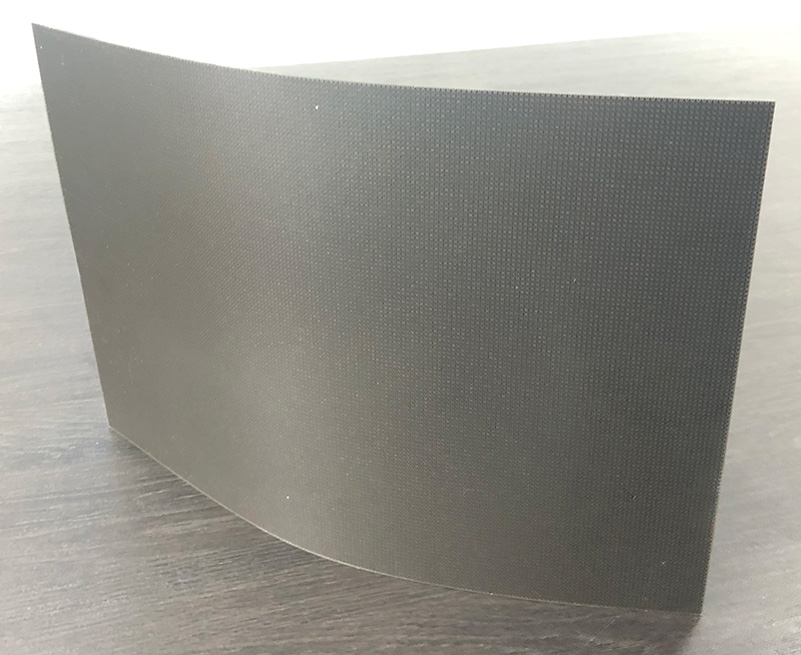 Irregularly shaped LED displays are widely used in clubs, exhibition halls, museums, etc. They are usually constructed to create special shapes to create a special atmosphere or build a brand image. These places are usually crowded with people, especially clubs. Under the stimulation of music, people like to touch the screen to feel the dynamic video. And even accidentally spill drinks on the display. If it is a traditional indoor screen, it is easy to cause a short-circuit, moisture, and eventually cause damage to the screen.

And by adding a layer of GOB film on the surface of the display, the reliability of the display can be greatly improved, and there is no more worry. 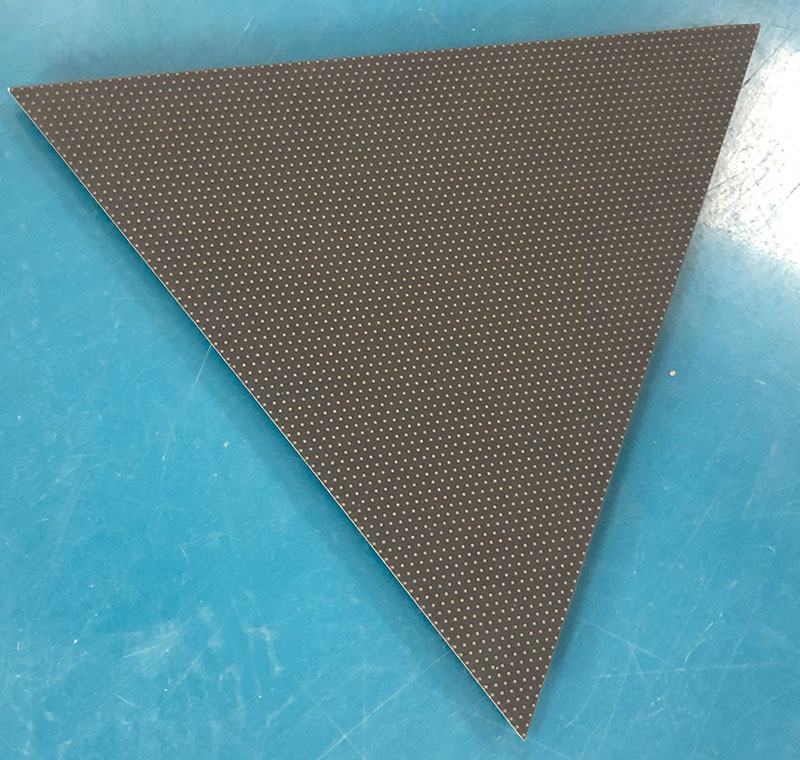 COB literally sounds similar to the GOB display technology, but it has a long developing history and recently has been adopted in some main manufacturers’ promoted products.

Obviously, COB technology is also to get high protection display same with GOB. Besides the cost, COB has risky during the process of wavelength and color splitting and picking for all chips on the boards, which makes it difficult to get perfect color uniformity for the whole display. But GOB can get good color uniformity as modules have been made and tested in a traditional way same as normal modules before the special gluing.  The maintenance for COB is also a problem waiting to be solved.

The DEEPSKY called itself Delta-enhanced COB technology, which features high brightness for small pitch led display, 3 times higher than most high-resolution led display, as high as 3000Nits. It claims using micro-leds, by laying three discrete Red, Green, and Blue monochrome micro-LEDs on board.

Theoretically speaking, Mini LED is different things, that is a transitional technology between traditional LED and Micro LED. The Mini LED, also known as “sub-millimeter light-emitting diode,” with a size of about 100 micrometers.

Nichia, the Japanese LED giant, announced that it has completed the development process of Mini LED, is sending the samples to clients, and will be ready to do mass production of related products by the end of 2018. For Micro LED, Nichia reported that the development is still an on-going process. It is possible to produce a Micro LED sample,  but it will still take time for commercial manufacturing, estimating that Micro LED production will be scheduled in 2022.

3CINNO is a leading custom-solution-based led display manufacturer located in Shenzhen, the developing and manufacturing center of high-end led displays.

We devoted to using new technology to rich the display lines and giving more value to our clients to help them win a big reputation. 3CINNO GOB technology-based rental and small pitch led display series is delivering to our clients, and accepting new inquiries for special requirements for high protection display.

We provide robust and creative products, timely and professional service as our industry-leading LED screen technologies and integrated LED solutions. Driven to be excellent to meet your standards and special requirements, 3CINNO provides a one-of-a-kind design for your rental and fixed installation including stores, events, and tours, etc. through our award-winning line of LED video walls and LED video screens.

Working with engineers, designers, architects, and consultants, 3CINNO is eager and proud to develop custom LED solutions for every customer while also providing top-tier customer support service no matter how small the led display is. For more details on the complete line of 3CINNO LED video screens and video walls, please visit 3CINNO at led-display-manufacturer.com, or get us through Email: [email protected].

If you want to add a protective layer on the normal SMD led screen(GOB) but don’t want to increase the cost much, Or if you want to build a Mini LED fine pitch led display, please don’t hesitate to fill out the form to get our consultation.